• Safe and efficient design of control systems using tested and approved elements.
• Elements are software components for control of mechanical and electrical
equipment and their visualizations.

The views for such an input component show the input state, measured input voltage, counter etc.
They show the physical module ID in which the input is located and terminal numbers where to connect the wires.
The input component can have more views that illustrate the mechanical unit connected to the input, in this example an image of a micro switch, showing its position.

Example of a general output control component is made for controlling the voltage to an external load. It can control outputs like solenoid valve, relay or lamp.

The output component controls the voltage on its output, measures the current in the output, generates pulses, disconnects by overload etc.

The views for such an output component show the output state, measured output current, errors, physical module ID in which the output is located and terminal numbers where to connect the wires. The output component can have more views that illustrate the different mechanical units connected to the input. In this example an image of a solenoid valve, showing its state. 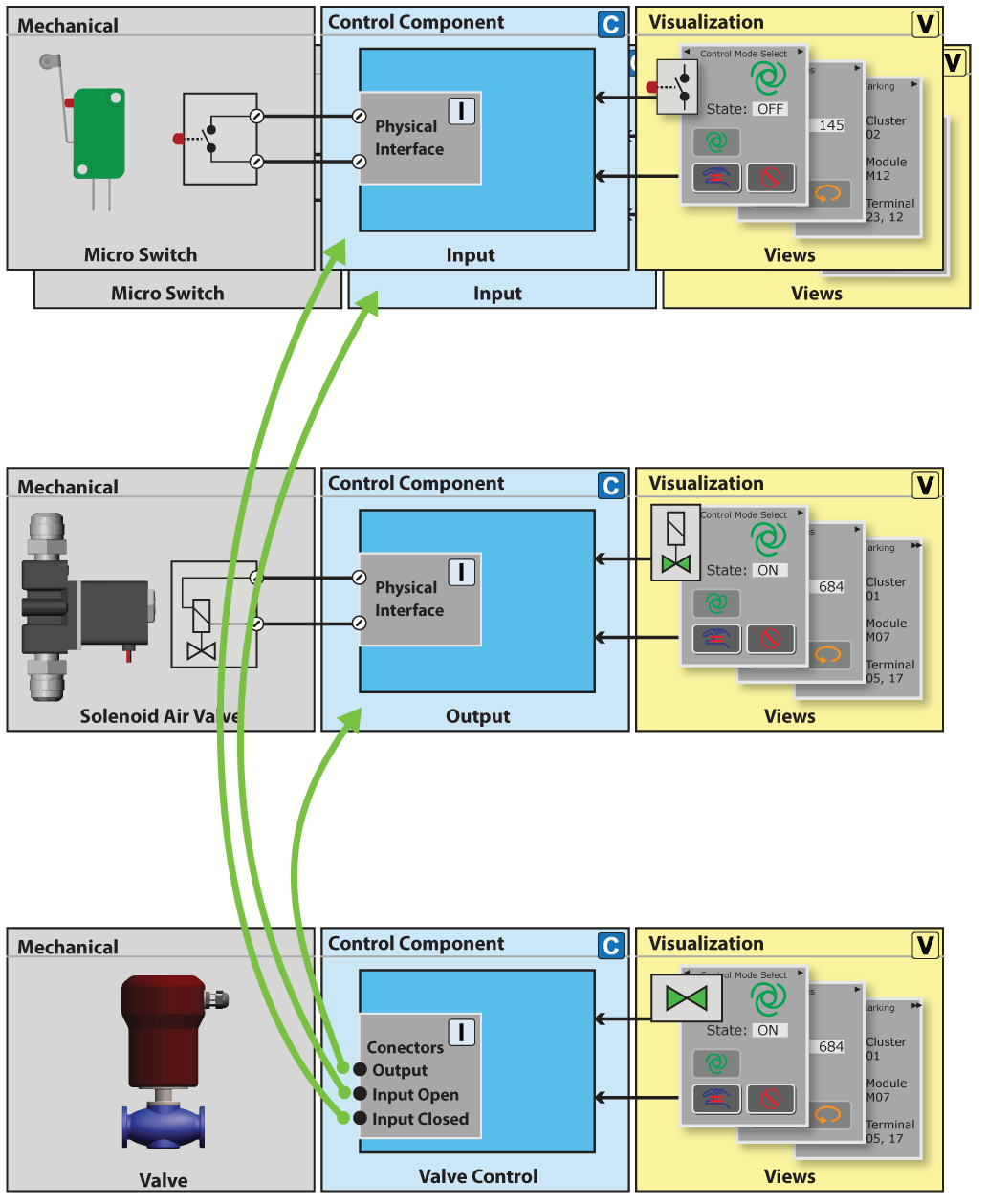 An assembly of control components

The task of a process valve control component is to receive commands for opening / closing the valve and report the valve state, including errors.
The valve control is designed to be connected to an output and two inputs and to control the output and read the inputs.

Relation between mechanics, control and visualization is as follows:
A mechanical valve is an assembly of mechanical components put together, according to an assembly drawing for this type of valve. 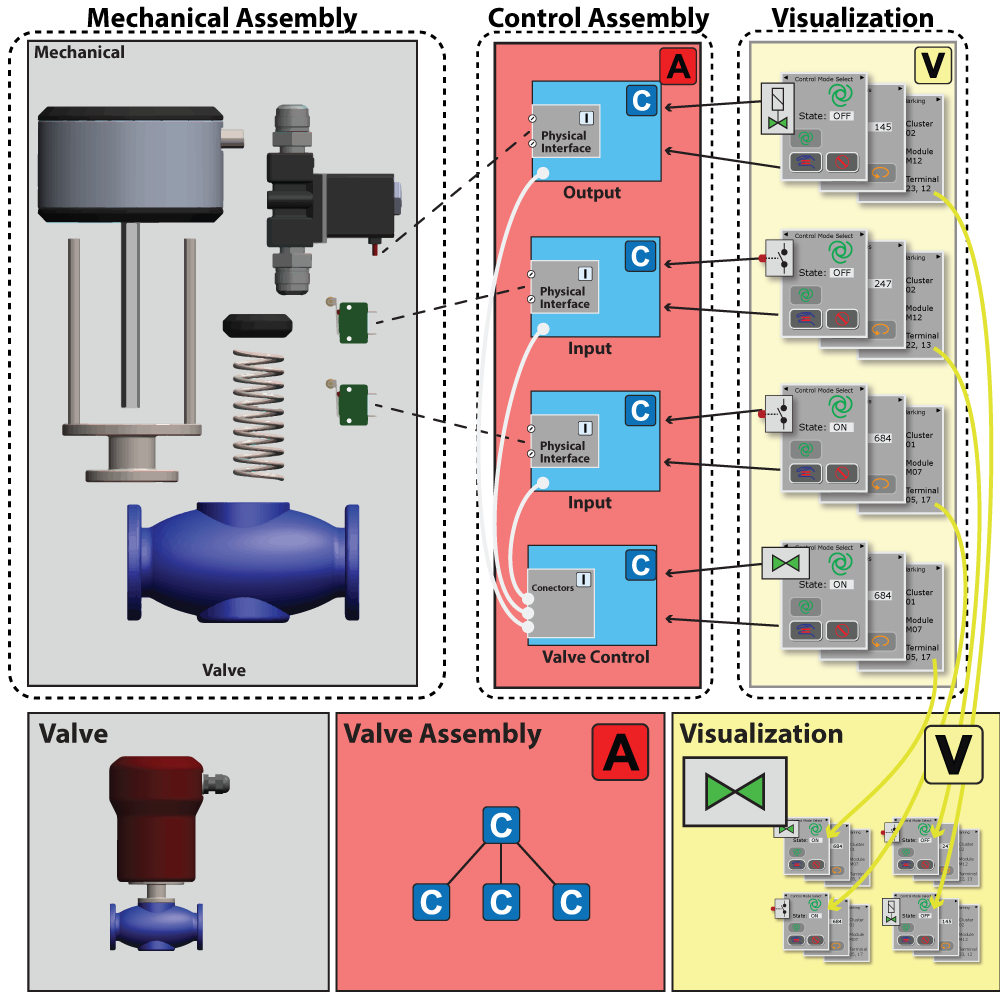 An assembly is created for each physical part, and they are all gathered in an assembly with one control component for the whole pump station. 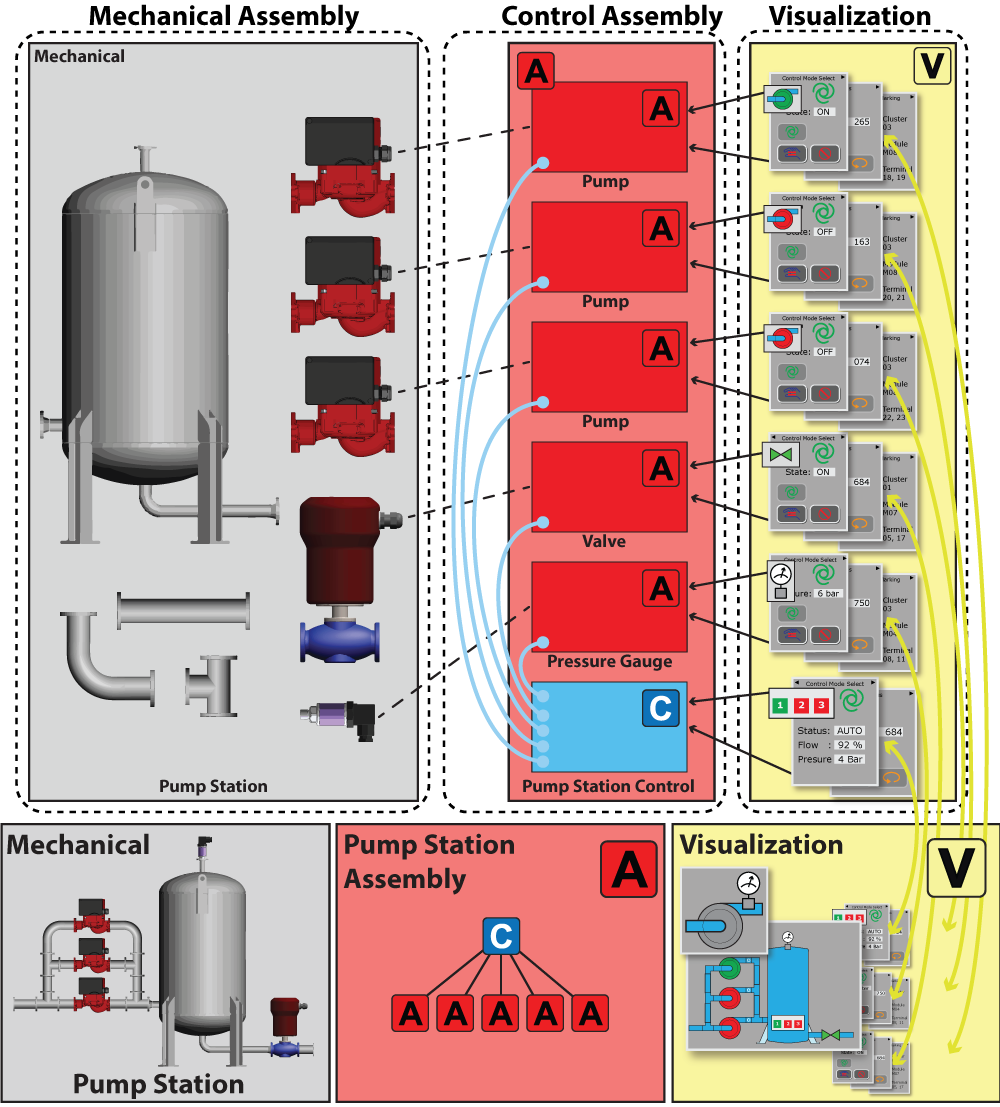 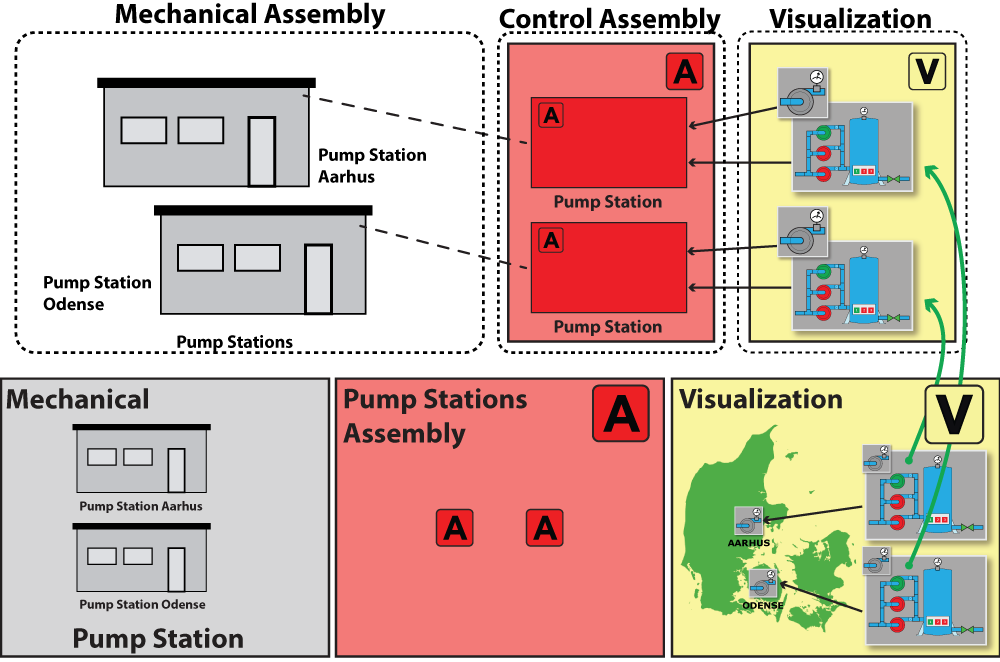